The Antichrist will be revealed through delusion

In 2 Thes 2:9-12 we read: “The coming of the lawless one is according to the working of Satan, with all power, signs, and lying wonders, and with all unrighteous deception among those who perish, because they did not receive the love of the truth, that they might be saved. And for this reason God will send them strong delusion, that they should believe the lie, that they all may be condemned who did not believe the truth but had pleasure in unrighteousness.” (Emphasis my own) This prophecy is currently in its final stage of fulfilment right before our eyes! I wonder how many Christians are recognising this.

Where does the Corona virus fit into end time Bible prophecy? Is it just another one of the birth pains Jesus is talking about in Matthew 24, or is it part of the fulfilment of 2 Thes 2:9-12?

I have recently read an article which opened my eyes to an entire new wave of delusion, represented by the popular narrative and spreading across the world like wildfire. Although on the surface the article has nothing to do with 2 Thes 2:9-12, I was completely stunned when I suddenly realised that what this article is describing, is in absolute fulfilment of the strong delusion of 2 Thes 2:9-12, and is paving the way for the revelation of the Antichrist and mark of the beast! The article, published by Prophecy News Watch, is titled, Discrimination Against The Unvaccinated Is About To Make Life Very Difficult by Daisy Luther. Although I would have given this article a different title, it is a huge eye-opener!

The Great Delusion – a psychological war in overdrive

Please read the entire article at the link above after you have read this article as it provides the context of this article and contains vitally important information every Christian should know! The article describes how the world and mainstream media are engaged in a psychological war against the anti-vaxxer population. On the surface this appears to be a vaccination and health issue, but it is of vital importance that you see the bigger picture. The article shows how the popular narrative is being driven for anti-vaxxers to be marginalised, eliminated, ignored, repudiated, discriminated against, labelled, and excluded from society and the economy. How sad that even Christians are participating in this discrimination. Cancel culture is applied in full force. It is important to understand that this is not a conspiracy -- this is a delusion!

When you read all the comments and statements people, employers, institutions, and the media are making about anti-vaxxers, you realise that the pressure upon anti-vaxxers are going to become unbearable – and that’s the issue at stake! Most will be coerced into accepting the vaccine because of stigmatisation, moral pressure, or because it becomes mandatory. The opinions, principles, and motivations of anti-vaxxers will just become irrelevant and they will be viewed as outcasts.

What does the vaccination drive and mark of the beast have in common?

What is driving the anti-vaccination movement?

The anti-vaccination movement is prevalent among Christians as well as unbelievers, and driven by a range of different motivations, of which some are scientifically valid, some mistrust towards the authorities, and some resistance to the unknown. However, what is important to understand is the Biblical motivation for refusing the Covid vaccination.

The reason for vaccination hesitancy among many Christians is the possibility that a vaccination passport may become part of a digital application applied to the body in future. We know that the technology already exists for making this a reality. Reports have appeared in some media about the possibility of certain vaccines containing nano particles that could be digitally tracked or scanned! If this is true, a vaccinated person will be carrying in his or her body an implanted vaccination passport that can in future be read by a scanner on the forehead or hand. If the current vaccines do not contain any digitally trackable element, what guarantee do we have that future booster vaccines will not? How would Christians know if, and when this will occur?

An intolerant mindset fuelled by a ‘woke’ narrative and ‘woke’ social norms and standards, are being promoted to replace all conservative, traditional, and Biblical norms and thinking. This is where the delusion is coming into play. The delusion involves a new mindset of ‘woke’ thinking and values that is sweeping through the world – and is overwhelming even Christians like a tidal wave. Christians who are raising an orange or red flag are being stigmatised or marginalised – even in many churches.

The Great Delusion is a psychological war, mindset, and narrative, based on worldly thinking and a humanistic value system divorced from the Bible as God’s Word, created by human imagination, and fuelled by delusion, with the vaccination drive as instrument – with the purpose of conditioning the masses into accepting the Antichrist and mark of the beast.

It involves a mixture of ‘woke’ values, standards and ideas, technology, media, business, authorities, service providers, institutions and governments working together to promote a great reset and new world order that is eventually going to be headed by the Antichrist. All this is driven by a God-sent delusion to bring God’s prophetic Word into fulfilment!

Another relevant development is the rise in the black market for fraudulent vaccination cards and Covid tests, of which the article, "Fake Covid Vaccination Cards Are on the Rise in the U.S., Europe."*, in the Wall Street Journal is an example. As the Great Delusion psychological war intensifies, fraudulent vaccination cards will become an increasing problem worldwide and will drive the need for an implanted or bodily vaccination passport. As we have already said, the technology for this to happen is already in place.

*You will find the link to this and many other articles on TruthSearcher.

None of us know exactly how the future is going to unfold, but one thing we do know -- every Christian must be prepared spiritually for what’s coming soon! The prophetic Word is in overdrive mode towards the end of the Church-dispensation!

What must we do?

There is only one answer to this question -- we must prepare ourselves spiritually for what is coming. The million-dollar question is, will we still be here when the mark is enforced, or will the rapture occur before this happens?

Some Christians strongly believe we won't be here. However, my humble opinion is that this view is ignoring certain fundamental Biblical truths and will lead to the greatest disillusionment and falling away among Christians in history should the mark be enforced, and the rapture has not yet occurred. May I recommend for your reading, my book: 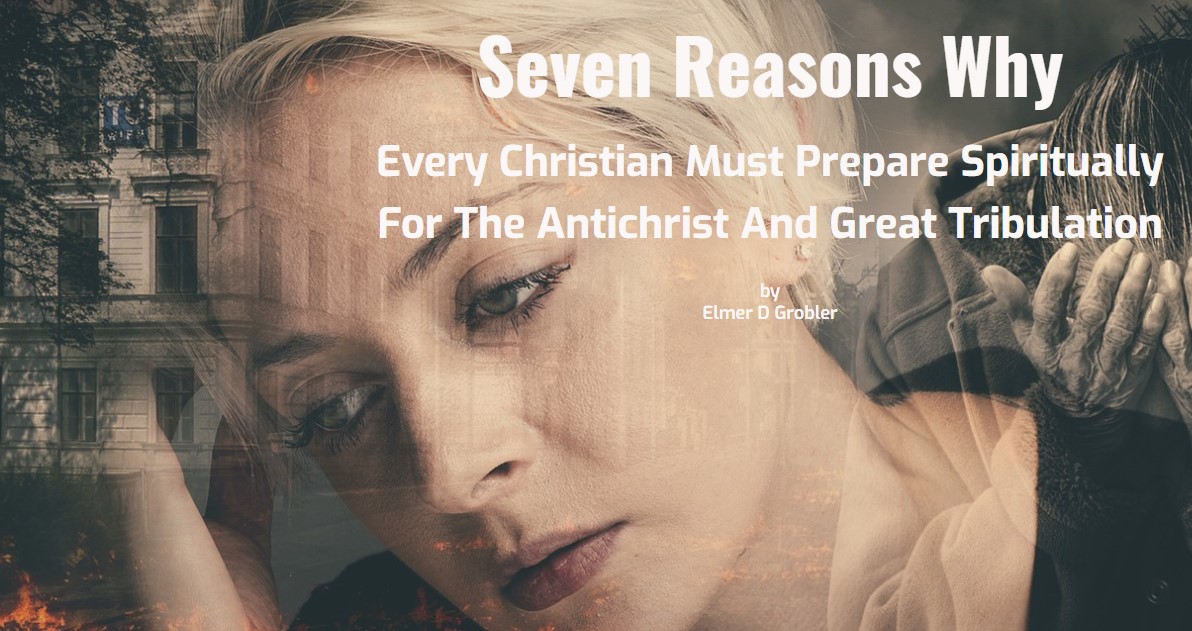 Finally, I want to introduce you to our web page where you can follow the above developments as they unfold. Keep yourself informed! Please follow this link to TruthSearcher.